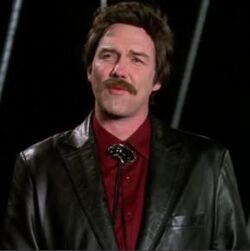 Little Chubby was the mean-spirited and sadistic son of Chubby, a wealthy businessman in Camden County.

Dodge didn't want Darnell to attend his school's Career Day but still wanted Earl, who he thought was his dad. Joy never told him the truth about his real father, Little Chubby. Earl confronted Chubby wanting Dodge to have a better life, but since they last saw each other, Chubby had a "bull ball" implant. Little Chubby threatened to kill Earl if he doesn't leave it alone. Chubby later shot at Earl, evicted Earl and Randy from the Motel and froze Earl's bank account. With help from Darnell, Earl got a sample of Chubby's DNA and learned that Earl was actually Dodge's biological father. ("Dodge's Dad").